­
The Freedom of Juneteenth 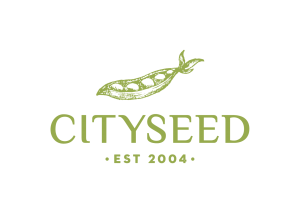 The Freedom of Juneteenth
By Frankie Douglass, Community Outreach Manager at CitySeed

Juneteenth is a federal holiday in the United States commemorating emancipation of enslaved African Americans. President Abraham Lincoln issued the Emancipation Proclamation on January 1, 1863; however this did not free all enslaved folks. The proclamation could not be implemented in places still under Confederate control. Thus, many enslaved people would not be free until much later. On June 19, 1865, the Union’s Major General Gordon Granger, led a force of troops to Galveston, Texas, to deliver a very important message: The Civil War had ended and they were free. Juneteenth commemorates the events of June 19, 1865.

The full emancipation of slaves marked by Juneteenth was a small step in the long journey to liberation that lay ahead. Jim Crow made it clear that slavery hadn’t ended. Black Americans would continue to be dehumanized. The brutalization of Black Americans would soldier on. Discrimination didn’t die, it shapeshifted. Oppression had to evolve with the times but anti-blackness remained present in the healthcare system, the workplace, the education system, the food system, and a slew of other institutions. Today many of us acknowledge these barriers. Today we acknowledge how racism is woven into the fabric of our society. This awareness comes with a responsibility to call this out, to check ourselves. If we do not think about our everyday thoughts and (inter)actions in the context of racism we run the risk of upholding it.

Abraham Lincoln may have issued the Emancipation Proclamation, but African Americans played the biggest role in securing their own freedom. The Civil War could not have been won without their contributions and sacrifices. Juneteenth is the result of a battle for freedom that began the moment Europeans put our African ancestors in chains.

For me, Juneteenth is a time to reflect on this history but more importantly it’s a time to celebrate those who came before me, those who stand beside me, and those who have yet to come. The pain of this history reinforces my pride in the resilience, strength, intelligence, creativity, and ingenuity of my ancestors who forged the path to freedom. To face what we have had to face, what we continue to face, is no small feat. To face the white supremacy and anti-blackness that seems to infest everything and still find it in us to thrive–well that’s nothing short of magic. So, this weekend, I will indeed be celebrating that magic and I hope you will too!

Don’t worry, I didn’t just come here to say my piece and peace out without sending you off with resources and recommendations! Here are some ways you can celebrate Juneteenth:

Sweets and Sounds Jubilation
June 18, 4:00pm at the Swift Factory in Hartford
CitySeed is happy to be sponsoring this culinary celebration of Black culture.
Limited tickets still available: Learn More

Watermelon and Red Birds, A Cookbook by Nicole A. Taylor

‘Watermelon and Red Birds’ offers a guide to Juneteenth and Black Celebration Culture. Nicole A. Taylor’s new cookbook is both ‘light with the pleasures of food and heavy with the weight of history.’ – Lindsey Margaret Allen, Civileats.com